Join us for a Virtual Conference

Open Discussion with PennDOT District Executives from District 4, 5, and 6, along with the Chief Executive for the Turnpike. 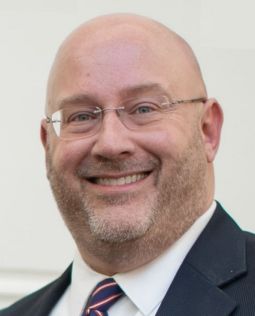 Rich has served as the District Executive for PennDOT’s Engineering District 4 since January 2019 and oversees a 6-County area in northeast PA and is involved in the Design, Construction, Maintenance and Operations of 4,000 miles of roads and 2,100 bridges. Prior to coming to District 4, Rich was PennDOT's Director of the Bureau of Maintenance and Operations for 5 years. Prior to joining the Bureau, Rich worked in Engineering District 8-Harrisburg for 16 years. He served as the ADE for Maintenance, Design Services Engineer, and various civil engineering capacities starting in 1998. Rich is a graduate of Penn State, obtaining a BS in Civil Engineering and a minor in Environmental Engineering; along with a Master of Public Administration Degree.

Mr. Kufro directs a team of 84 PennDOT employees and 17 consultant project managers responsible for the planning, programming and delivery of transportation improvement projects in Berks, Carbon, Lehigh, Monroe, Northampton and Schuylkill counties. He joined PennDOT in 1997, and has held many positions, including Acting Assistant District Executive for Design, Bridge Squad Supervisor, District Geotechnical Engineer and District Bridge Engineer. Kufro is a graduate of Drexel University with a degree in civil engineering and is licensed as a professional engineer. He resides in Frackville, Pa.

Mr. Rebert has served as district executive of the state Department of Transportation's Engineering District 5-0 since 2008 and is currently Acting District Executive for PennDOT District 6-0. A 30+ year PennDOT employee and a civil engineer, Rebert grew up in Salisbury Township and graduated from Salisbury High School in Pennsylvania's Lehigh Valley. He previously worked as highway maintenance manager for PennDOT's Chester County office before returning to the Lehigh Valley. He lives in Weisenberg Township with his wife, Debra, and children Megan, and Michael. 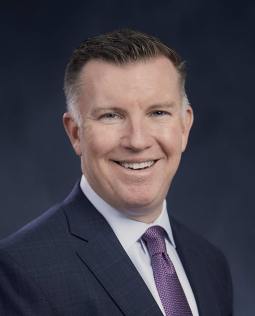 Mark P. Compton of Manheim, Pa., began serving as chief executive officer of the Pennsylvania Turnpike Commission on Feb. 1, 2013. A professional with more than two decades of public and private-sector experience in transportation, administration, government affairs, and construction, Mark holds a Bachelor of Science degree from Penn State University. He previously served as PennDOT’s deputy secretary of administration, overseeing eight bureaus within the agency. Before joining PennDOT, Mark was director of government affairs for American Infrastructure, a heavy civil construction company in Worcester, Pa. Prior to that, he worked in various public and private operations, focusing largely on transportation, construction, and economic development. Mark has been an active participant in the International Bridge, Tunnel and Turnpike Association, or IBTTA. Since 2015, Mark has served on IBTTA’s Board of Directors and is currently serving as IBTTA’s first vice president and is slated to serve as president in 2021.